We are waiting to welcome you!

Get Directions to Camp

Bearwallow 1 is a great adventure for rising 6th-8th graders!

Our middle school camps are named for a scenic neighboring mountain called Bearwallow. It is known for its beautiful hiking, picturesque views, and the Bearwallow Beast 5k Trail Run – not for the faint of heart! 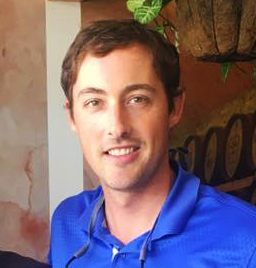 Tom Phillips grew up in North Carolina where he attended Camp Lurecrest throughout his childhood and teen years. During Tom's college years (Western Carolina University), Tom returned to Camp Lurecrest to work on summer staff, where he eventually met his wife, Julia. It was also an incredible time of spiritual growth for Tom. "I'm so grateful to know and experience the Gospel of Grace in Jesus Christ, which I learned at Camp Lurecrest, through Jerry Martin's mentorship [Jerry was the Camp Director and Executive Director in the 1990's and early 2000's]. But it didn't stop there...God continues to surprise me with his goodness and steadfast love towards me."

Seeking to grow deeper in that knowledge, Tom acquired an advanced Bible degree through the School of Biblical Studies at Youth With A Mission International. In 2005, Tom Phillips co-founded the Emmaus School of Biblical Studies at Camp Lurecrest, where students from all over the globe came to learn of God's unchanging, life-transforming, and eternal truths as revealed in Scripture. In 2015, Tom and Julia moved the bible school to Oviedo, FL, bringing the school even greater reach and impact.

Upon acquiring his MDIV from Asbury Theological College in 2017, Tom accepted a full-time pastoral position at Church of the Incarnation in Oviedo, FL, where he currently resides.

Tom enjoys spending time with his family, fishing, mountain biking, and just about anything outdoors.